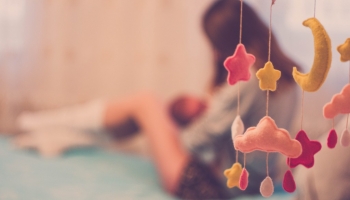 At Chevalait , more than 10% of Percheron foals from France are born.

So far, they are the only ones to produce mare's milk fresh pasteurized at low temperature but following the scandal Lactalis the administrative services have become very picky about the differences of mare's milk and its allegations of proximity to human milk and, after less arm wrestling, caused the loss of several distributors of this single milk. This fresh milk is therefore no longer distributed until Chevalait finds other commercial networks.

A range of milk powder , food supplements and cosmetics made from mare's milk are also sold in pharmacies as well as for export, Romania, Poland and worldwide through the Internet. World leader in the production and marketing of mare's milk and derived products

spray drying of mare's milk is done on site. Internalization and control from the service of the mares, the birth of the foals, through the milking of the mares, the treatment of the milk until the drying and conditioning of the powder as well as the marketing.

The integration of the on-site drying process allows full production autonomy, optimization of the finished product for a Premium powder quality made from fresh milk < / strong> as well as better protection of unique know-how in the world

Mare's milk is the only milk obtained from a monogastric animal and therefore naturally similar to human milk. Does not contain Kappa casein (cheese protein), responsible for many intolerances to ruminant milk. Rich in tryptophanes , it enhances the connections of the brain and is a precursor of serotonin , anti depressant recognized and used medicinally to treat depression.

Mare's milk is low in fat and does not contain cholesterol . It is soft, naturally sweet with a little taste of hazelnut , fresh almond … it is particularly digestible

Delicious in bechamel sauce , crêpes batter , is drunk cold for breakfast or lukewarm with vanilla sugar instead of a herbal tea in the evening for example. Traditionally consumed in cures of 3 or 4 weeks at the rate of one drink per day, with the changes of seasons, it reinforces immunity and gives good morale .