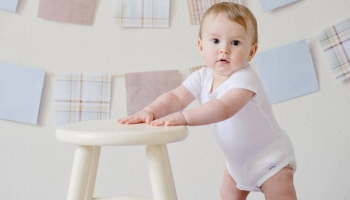 Ulysses was born in April 2003. Big baby of 4,130kg, he was very greedy and wanted nothing but my milk . I tried everything to wean him around 4 months because he exhausted me but nothing helped, he categorically refused the other milks that I had found on the Marlet. So I resigned myself for a time to exclusive breastfeeding , despite my exhaustion. I had given birth to him in the middle of an exam session to pass my agricultural license at the CFA near Amiens, where we lived at the time.

I was 37 years old, I came from Belgium and not having been able to assert any correspondence of diplomas, I therefore had to redo 1 year of agricultural studies in order to have the right to officially settle as farmer in the small and beautiful farm we found in the Bresle valley.

Having passed my patent, I was therefore able to settle alone while my husband had kept his job to secure the project since no decline in the niche market of mare's milk would allowed us to be certain of the success of this somewhat crazy project .

On my birthday, in October 2003, Ulysses was 6 and a half months old and I brought back the first milk from my first milking of my first mares and; miracle, he drank a big bottle with gusto and then in the evening, too, it was gone. So I was saved, I could wean him !

So I weaned him gradually from that day in the joy of seeing my baby love this milk , to lick and without guilt because his stools remained orange as with my milk . It was magical, we were both happy with this outcome.

It was thanks to my beautiful and sweet mares and their wonderful milk !!!

Very quickly, my second son arrived and the story of my children fed on mare's milk continued to amaze us ...

End of the first episode…